Driving is not a right but a privilege extended to a person by the government upon meeting the set requirements. That means the government can take away the privilege under some circumstances by suspending the license temporarily or revoking it permanently.

Having a license suspended or revoked can cause a lot of disruptions to the affected person. Sometimes, some circumstances may force individuals with revoked or suspended licenses to get behind the wheel. While it’s possible to do so and get away with it, you may face dire consequences if you get pulled over.

Driving Without A Valid License Is Illegal

Driving on Americans roads without a valid driver’s license is illegal in all states. Upon an arrest and a conviction, the offender will be looking at hefty fines or time in prison. In Florida, a conviction with the offense can constitute a misdemeanor or a felony and attracts statutory penalties ranging from 60 days in jail and a $500 fine to a maximum of five years prison time and a fine of $5,000.

If a driver has three convictions with the offense in five years, they risk having their license revoked permanently. If you face charges for driving without a valid driving license, talking to an Orlando auto justice attorney can help avoid a conviction.

Cost Of Driving Without A License

The cost of having your driver’s license goes beyond court fines and jail time. Some consequences can be life-altering and last for many years after the commission of the offense. These consequences include:

For example, an employer may not want to hire a person with a record of risk-taking while on the road, especially if the job on offer involves being on the road in company vehicles.

Insurers are not fond of risk-takers. An arrest and conviction that leads to a license suspension can be used by insurance as a reason to raise your premiums because persons with high incidences of traffic rule violation are deemed risky by insurers. As a result, they are likely to pay higher premiums than other drivers.

A conviction with driving without a license heightens your perception as a risky driver resulting in even higher rates or being denied coverage by insurance.

In some states like Alabama, driving with a revoked or suspended license can result in immediate vehicle impounding by the police. In Florida, the arresting officer can also seize a vehicle under some circumstances.

Having a vehicle impounded results in additional fines to have the car released. After 35 days from impounding, a lien is placed on the car requiring the owner to pay up or lose ownership.

The inconveniences of a suspended or revoked licensee are usually the main reason a person decides to drive without a license. Everyone thinks they will get away with it before getting behind the wheel without a license. And you could.

However, upon arrest for the offense, you risk living with the inconveniences of having a license revoked for longer. A consecutive offense carries harsh penalties, including longer license suspension periods.

Anyone who has ever had their licenses revoked, suspended, or limited know they must be familiar with the inconveniences it can cause. While you may feel tempted to take the risk of getting on the road without a license, it’s not worth it going by the consequences listed in this post.

How to File a Car Accident Claim for the First Time?

Russell is under pressure to perform in Mercedes debut season

How to Sell a Private Number Plate: The Ultimate Guide

How to File a Car Accident Claim for the First Time? 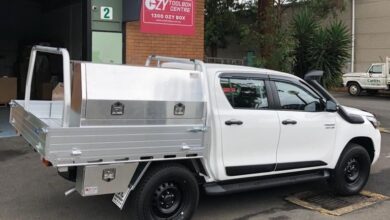