Our comparison stories are usually straightforward. We take two motorcycles that oppose each other in the marketplace and explain to our readers which one is right for them. It’s never about picking the “winner” because everyone has different standards and desires. All we can do is point you in the right direction. Such is the case with this comparison of the Benelli TRK502 and Honda CB500X ABS.

Initially, our plan for this story was to compare the 2021 Benelli TRK502X to the Honda CB500X ABS. Instead, we went with the 2021 Benelli TRK502, the more street-oriented of the two Benelli TRK adventure-style models. We wanted Associate Editor Kelly Callan in on the comparison—and she provided much of this story’s input—and the 502X was simply too tall and heavy for her to ride comfortably. So, we set our sights on the lower and more manageable standard 502. The 502 has shorter suspension travel than the X and 17-inch wheels instead of the X’s 19-/17-inch combo. Both of these translates to a much lower seat height.

That took away a bit of the direct comparison to the Honda CB500X ABS, which has the same 19-/17-inch wheel sizes as the TRK502X. We can tell you straight away that if you have any off-road aspirations beyond a high-quality dirt road that you would take any street bike on, then the Honda CB500X is your bike—that’s an easy call. However, we’re testing both motorcycles as strictly street-going models.

One other thing—eagle-eyed readers will notice that we have a 2020 CB500X ABS in the photos. That’s what Honda had on hand, and although the color of the plastic is different, the 2021 CB500X ABS is functionally identical. So, for this comparison, we’ll be calling it a 2021. Ladies and gentlemen, start your engines.

Both motors are DOHC designs with 66.8mm strokes. Benelli gives itself an advantage by having a 69mm bore—2mm larger in diameter than the Honda. That earns the TRK502 a 29cc displacement lead over the CB500X. Head-to-head acceleration tests revealed that the TRK502 has a stronger motor than the CB500X, and that’s even with the Benelli’s 88-pound curb weight handicap.

Yes, you read that right—the Benelli TRK502 packs on the pounds. We can see the extra weight in several places. The TRK502 has extensive steel crash bars, beefy steel windshield brackets, gigantic 50mm inverted fork sliders, double-disc front brakes, aluminum handguards, a sizeable rear rack, and a 0.7-gallon larger fuel capacity. While all of those items may not make up the entire 88-pound difference, they make up most of it.

Depending on your point of view, you can describe the TRK502 as either heavy-duty or overbuilt—we see it as a bit of both. We would remove the crash bars if it were our bike because they add unwanted width and weight to the TRK502. We wouldn’t take it off-road, so they’re a fashion affectation rather than providing functionality.

Ergonomically, the Benelli TRK502 and Honda CB500X are strikingly different. Larger riders will clearly prefer the rangy Benelli, with its expansive pegs/grips/seat triangle. Although wide, the Benelli has a low seat height that won’t intimidate riders. You definitely sit “in” the Benelli, while you sit “on” the Honda. The TRK502 feels like an upright tourer with a high-and-wide handlebar bend.

We did rotate the Benelli’s handlebar back significantly to improve the ergonomics—an easy job. In the stock position, the reach to the TRK502’s grips was excessive. The CB500X has an almost dual-sport seating position. Its handlebar a bend you’d find on a dirt bike.

The Benelli does have one troublesome ergonomic flaw. Unless you have unusually long fingers, the levers sit too far from the grips. Even when adjusted to their closest position, the reach is excessive. This robs the rider of confidence due to the lack of easy access to the front brakes and clutch. As you’d expect from Honda, the levers work as expected. Also, the CB500X clutch’s light spring-rate gives it a considerably lighter pull than on the TRK502. This is an area where Benelli needs to put in serious work.

The switchgear on the Honda has a much higher-quality look than the Benelli, though both operate nicely. The Benelli’s switchgear lights up at night—a high-end feature.

When swapping between them, which we did countless times, the CB500X feels like a toy after getting off the beastly TRK502. It’s not too small—a rider of average size or less will find the Honda entirely satisfactory, and taller riders won’t feel unduly cramped. At the same time, the TRK502 has an impressively substantive feel that Kelly, at 5’ 6”, found appealing.

As a touring motorcycle, the TRK502 has quite a bit going for it compared to the CB500X. The spacious cockpit is very comfortable, and the Benelli’s windshield is much larger and more protective than the Honda’s, as is the TRK’s massive fairing. As a result, it is much less fatiguing to ride the Benelli long distances at highway speeds. Also, the large wide seat on the Benelli is fantastic, though the Honda’s relatively spare seat is nothing to complain about.

The Benelli motor has superior roll-on power, so passing another vehicle doesn’t necessarily require a downshift. However, the TRK502’s motor vibrates noticeably more than the CB500X at high rpm, and both of the half-liter twins require revs to run at open-road speeds. The 502’s vibrations are most apparent in the footpegs—even with the removable rubber inserts installed—and the grips to a lesser extent. The 502’s extra vibes aren’t a deal-killer for touring, but we wish they weren’t there.

Factory bags are available for both the Honda CB500X and Benelli TRK502. You’ll be cutting loose with $940 for the Honda panniers and mounts. For $999, Benelli offers a pannier/mount set that also includes a top case. Honda gets $200 for a rear rack, and you’ll be paying about $150 or so for an aftermarket top case. Unfortunately, we didn’t have an opportunity to test any of those touring accessories.

In the sport-touring mode, the two motorcycles couldn’t be more different. The Honda CB500X is an agile performer. You can ride the CB500X like a sportbike, though you will be aware that you have a 19-inch front wheel and ADV-friendly Dunlop Trailmax Mixtour rubber. The CB500X’s light weight makes it fun to throw around, and the motor spins up nicely as you work through the flawless six-speed transmission. While there are limits to the CB500X, you get plenty of warnings as you approach them. It is difficult to spend a day in the twisties on the CB500X and not come home with a smile on your face.

Stable is the word to describe the handling of the Benelli TRK502. With a wheelbase that is 3.2 inches longer than the CB500X, a 17-inch front wheel, an oversized 50mm inverted fork, and pure-street Pirelli Angel GT rubber, the TRK502 is set in its ways. You feel fully secure in any corner at any speed, though changing the 518-pound motorcycle’s line mid-turn requires muscle. In a straight line, you don’t feel nearly as much buffering on a two-lane road when you encounter a semi at a closing speed of 150 mph when aboard the Benelli.

Benelli gets the nod in the suspension department. The TRK502’s 50mm inverted fork has superior action to the Honda’s 41mm traditional fork. The Benelli has a composed and supple feel, and the Honda fork feels a bit budget in comparison. The shock on each motorcycle is well-matched to the fork action, so you get a balanced feel regardless of which chassis you’re on.

If you’re in a hurry in tight quarters, the Honda CB500X is in its element. For fast sweepers over long distances, the Benelli TRK502 feels just perfect.

Braking on the Benelli TRK502 is outstanding, once you get your fingers on the brake lever. The twin 320mm discs have dual radially mounted Benelli-branded four-piston calipers, and they are strong. The Honda has just a single 310mm disc, and its Nissin four-piston caliper has a traditional mounting. Also, the Benelli has a wider higher-traction street tire in the front, and the fork legs are not flexing a millimeter, so grip and feel are impressive during hard braking. Despite its weight penalty, the TRK502 slows down in a hurry.

The Honda CB500X certainly doesn’t have weak braking, but you notice the difference when you jump between the bikes. The rear brake on both motorcycles works as expected.

Many riders will want to use these two motorcycles as commuters. For this job, the Honda CB500X is an easy winner. It won’t wear you out on the way to work as you battle traffic, and it’s a far better lane-splitter for those of us in California. The bulky Benelli feels out of place in urban environments.

The two motorcycles have distinct approaches to the dash. The Benelli’s display is much larger, and includes an analog-style tachometer to supplement the LCD, which has red backlighting and black numerals. The Honda’s blue backlighting and white numerals are pleasing to the eye, and the dash displays necessary information efficiently.

The Benelli has two issues with its dash, however. The fuel-level display is overly sensitive to chassis position, and the speedometer is about 10 percent optimistic. We speculate that the speedometer is calibrated to the TRK502X’s larger 19-inch wheel rather than the 502’s 17-inch wheel.

Choosing between the 2021 Benelli TRK502 and Honda CB500X can be easy peasy, or a tricky task. We were consistently finding ourselves scratching our chins and rethinking our perceptions.

There’s a $1000 difference in price tag, and that gets wider should you want to outfit the CB500X in the same way as the TRK502. To add crash bars (Honda calls it a $255 Light Bar), a rear rack ($200), and handguards ($82), you’ll be spending another $537. However, you might not need or want those features. Benelli includes them whether you want them or not.

For commuters and off-roading ADVers, the Honda CB500X is clearly a better choice. It’s narrower, lighter, smoother, and has a 19-inch front wheel to ward off rocks and potholes. You won’t want to be tempted by the lower price for those applications.

Smaller riders with less upper body strength will prefer the CB500X without hesitation. If you’re a big rider who doesn’t mind applying muscle to any situation, the Benelli will feel just right.

If you’re looking to go sport-touring, selecting the right motorcycle becomes more of a challenge. The Benelli TRK502 is faster, better suspended, has superior braking, is exceptionally stable in all conditions, and offers substantive wind protection. Conversely, the Honda CB500X is wonderfully responsive, smoother, and has hand controls that don’t cause performance anxiety. You can put bags on both of them, with Benelli supplying a top case to the cargo package for just $59 more—that’s a deal.

Intangibles enter the picture at this point. We think the Benelli TRK502 has a premium appearance—it looks more expensive than the Honda CB500X. When you tell people what you’re riding, people think “Italian exotic” without knowing it’s a Chinese-made budget-friendly ride designed in Italy. The Benelli’s motor has seen wide use in China, so we’re not as worried about its reliability as we typically would of a motorcycle made in China. Regardless, when you’re touring, you don’t want problems. Benelli has a much smaller dealer network than Honda should any issue arise. This will all come down to your comfort level with owning something different—it’s a plus for some, and a cause for apprehension for others.

We aren’t sure who you are or what you want, so we can’t tell you which motorcycle is best for you. If we talked to you a bit, we could confidently pick the correct machine for you. The differences are stark; pay attention to them, and you’ll be rewarded with the right ride. 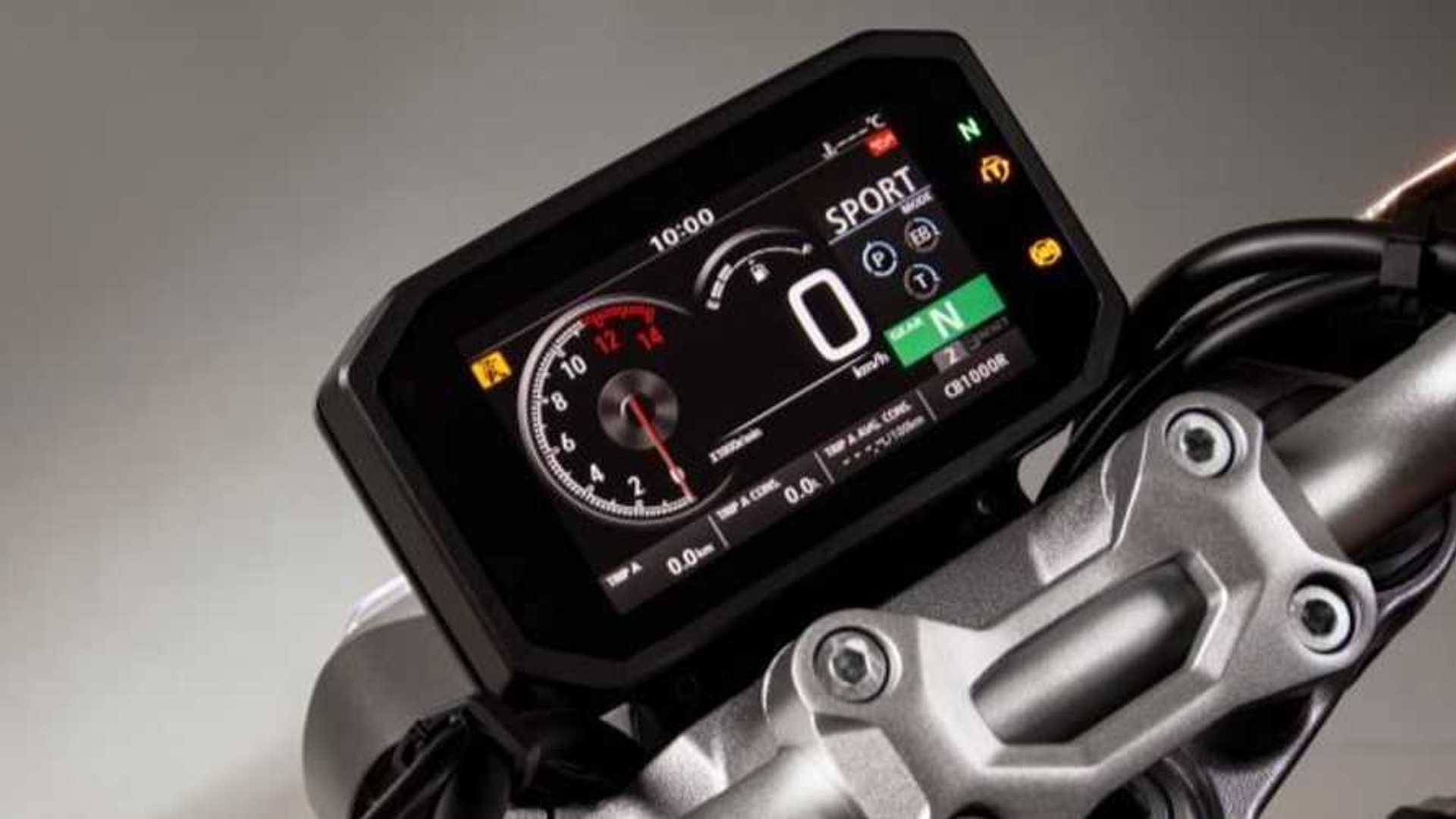